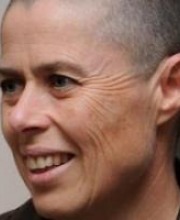 Research Interests: My main active research is in two fields: one is the foundations of physics, with special interest in statistical mechanics and in the explanation of the time directedness of processes, in the framework of both classical mechanics and quantum mechanics. Most of my publications are in this field, including my book (with Meir Hemmo) The Road to Maxwell's Demon (Cambridge University Press 2012), which offers a new conceptual foundation for statistical mechanics. The book points out that the standard approaches to this theory (in both the Boltzmannian and Gibbsian traditions) there is an essential role for a non-physical observer; and our book shows how to make the theory fully physical in this sense. The result is a new concept of macrostates, which gives rise to a new understanding of the concept of probability, both in general and as it is used in classical and quantum physics. This concept is the basis of our rejection of the typicality approach, and to our conclusion that Maxwell's Demon is compabitle with the principles of statistical mechanics.


I believe that insights gained from the investigation of these ideas shed light on traditional problems in philosohy, associated with the philosohy of mind. This is my second field of active research. Here, my major project is defending strong type physicalism as a coherent and viable approach. On the way to this aim I defend physicalism against two major attacks: one is by the the idea of multiple realizability of the mental by the physical, and the other is by conceivability arguments. I claim that the so-called hard problem can be met by strong type physicalism, and so can the problem of freedom in a physical world.

I am also interested in attempts to salvage a notion of rationality in science, especially as compared to the rationality of other spiritual and intellectual approaches and currents.